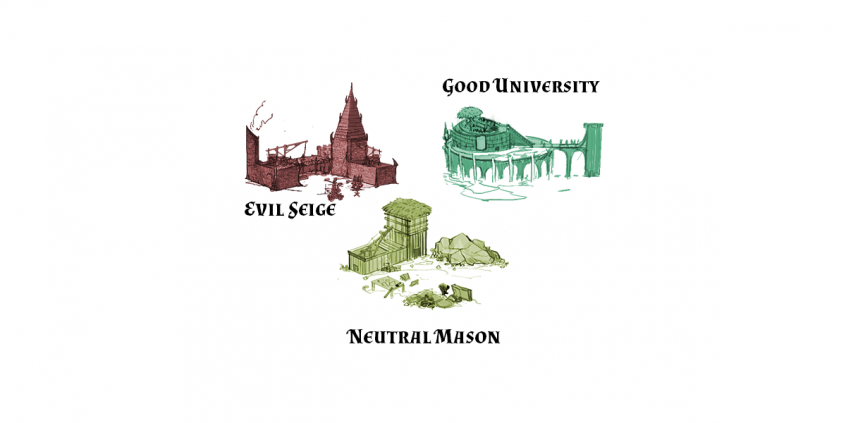 Thanks again for stopping by and checking the progress of Thrive: Heavy Lies the Crown (HLtC). We have a special announcement before we get into the nitty-gritty of it all. The Thrive Scribes are excited to share the team is hard at work updating the Playable Proof of Concept for Thrive: HLtC Community members. Proof of Concept 2.0 will contain bug fixes and the following new additions:

The update will be available in early June. Stay tuned for future updates and details on how to access the latest version of the game!

Now let us get to some updates. First, we have split the Thrive Team into two groups (Alpha & Bravo) so that the updates are briefer and more palatable.

Here is what the Alpha Team are working on:

My priority lately is creating a World Map Building Constructor (WMBC) to the game. The WMBC will create self-sustaining settlements on the map to gather resources on tiles. The tiles are more abundant than what is near the castle and will help provide the player what they need to build their kingdom.

The settlements will have homes for the workers, wells for drinking, and food production so that the workers can survive and THRIVE on their tiles… See what I did there?

I am working on replacing the placeholder Military Unit UI with the Actual UI that Robert with the Art Team has designed. It looks fantastic and I am excited for you to experience it.

There is now a functional minimap and sprites for all the buildings, resources & sprites for said map. As well, I am updating the units to include their final Proof of Concept 3D Models & Animations.

Regarding some less visually exciting stuff… I have started working on a Save/Load in the game so players will finally be able to keep a persistent kingdom across play sessions ... Sorry to dash your dreams Rogue fans, but it’s what the people deserve! :)

I am smoothing out the Enemy Kingdom, player army creation and World Map Battle system. The Enemy Kingdom now creates/deploys and uses its armies. Knights flank and join battles after they start so be careful, Bishops wish for nothing but blood and go straight to your keep, Rooks stay on standby to offer defences for their kingdom, the Queen is a powerhouse which will be fluid around the map and finally the King stay home as the kingdoms final hope. I am confident that this will add another element to the game for players to experience.

Signing off but not signing out,

So, there are the things Alpha Team is bringing to the table. Do not forget to join Discord for all the latest updates and email steven@zugalu.com if you have any questions.